The Antediluvian (before the flood) Patriarchs[1] are central figures of the 10 generations from Adam to Noah. These men are the first descendants of Adam and sometimes known as the Generations of Adam.[2] Their lives reflect the growing influence of evil among humans after the Fall of Adam[3]. We know little about most of the Antediluvian Patriarchs, in some cases little more than their names are mentioned in the Pentateuch, the first five books of the Old Testament. What little detail available is found in Apocrophal[n 1] texts. The articles in this section aim to present what reliable information is available. Modern study guides often pass over the Antediluvian Patriarchs quickly but here we will attempt a closer examination. These are the earliest ancestors of humanity. Everyone alive today is affected by their actions in the aftermath of the fall.

The Antediluvian Patriarchs are prominent figures in Hebrew scripture and their histories found their way into many of the world's cultures and religions. The origin of their record appears most prominently in scriptures of the Abrahamic faiths[4]: Judaism, Christianity and Islam. 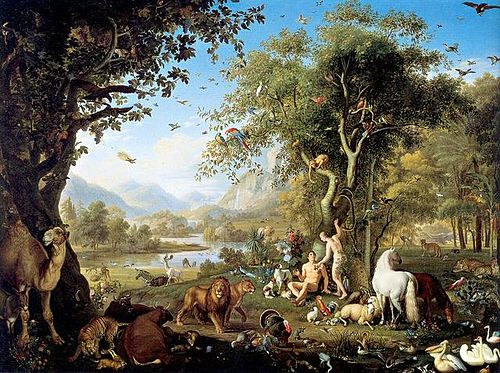 Retrieved from "https://eagle-rock.org/w/index.php?title=Antediluvian_Patriarchs&oldid=14169"
Categories:
This page was last edited on 7 January 2018, at 16:20.
Privacy policy
About eagle-rock.org
Disclaimers