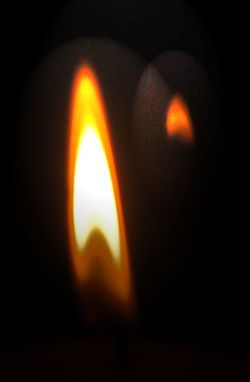 This page is part of an ERW course, Religious practice.
By John Eagles, July 1, 2002.

In our religious life we sometimes go through ceremonies that have deep meaning. Each religion has its own rituals and when we study the sacraments of religions, we realize that there always is this deeper meaning. A problem that often occurs in organized religions is that the ceremonies are performed but not understood deeply. Many believers think that by doing these rituals, they are going to be helped or saved just like that.

Always there is deeper meaning in each ceremony. Unless we do such a ritual with the right heart and understanding, the procedures may lose their meaning altogether. In some cases, people doing rituals with an empty heart will think they have received great benefit while in reality, if they haven't performed the ceremony with a good heart, they may be worse off than those who were not involved in the sacrament. Rituals that aren't performed right by the participants may make them blind for what they still need to accomplish and make them arrogant in thinking that they have reached a spiritual level that is not in accordance with their real performance.

I won't focus here on any particular ceremony. There are so many in each religion. What I am writing here applies to each of the rituals that have original meaning under God. I am not referring here to ceremonies performed in worship of evil. I am speaking about rituals of religions that are truely centered on God.

I want to emphasize two aspects of ceremonies that we need to consider. The first is the internal attitude that we need to have in going through the ritual. The second is the spiritual reality that is attached to the sacrament.

There is no meaning in any performed ceremony unless it is done by the participants having a good relationship to the Creator. Even though a ritual may have a profound meaning, it never is independent from our own connection to God. It is not solely through the ritual as such that we restore our relationship to God. The following example may illustrate this. Suppose that an evil person decided to invade a religion. He may have gotten the task from an atheist group to infiltrate a good religion in order to disturb and destroy that religion. Because of his task, he will have to participate in all rituals, and unless this person would come to a conversion, his performing in these ceremonies will not have the same effect on him as on the sincere believers.

In order for any ceremony to have the desired effect, a participant needs to have good desire, good thoughts and feelings and then also still perform the ritual in the required way. For example, when a Christian takes part in the Sacrament of the Holy Communion and shares bread and wine, this has little or no meaning if the person doesn't realize that the bread and wine stand for the body and blood of Christ. Even if the person knows it but if he or she would have a strong resentment against God and against Jesus, there would not be the desired effect from the ceremony. For example, in an extreme case, a person could think that by drinking Jesus' blood, he satisfies a desire to kill Jesus.

The second aspect of each ritual is spiritual. Each ceremony is attended by spirits. Presuming that we speak about a holy ritual, there should be present heavenly spirits. But is this always automatically the case? This is dependent on how the ritual has been prepared, who is allowed or not allowed to participate in the happening, etc. There is no automatism here. It isn't so that because a group of people performs a holy sacrament, therefore automatically only good spirits would be present. The more precious and sacred a ritual is, the more meaningful it is, the more that evil spirits will also try to invade and disturb the event.

This is why especially those who prepare such an occasion need to be prayerful and united among each other, so that all preparations can be made in good spirit and good order. Also each participant should prepare well for taking part in the event. The room where a holy sacrament is performed is to be seen as a temple of God, a place that is protected against evil spirits and a space of holy worship. When offerings are brought to this place, these offerings need to be purified. For example, if money offerings are required for the ceremony, that money should not be stolen because always evil spirits attach to all that is stolen and offering stolen money makes a condition for invasion of evil spirits.

Summarizing, it is good advice that when we take part in a holy sacrament, we make effort in advance to be purified and to have deepest understanding of the significance of the ceremony. This is done by prayer and by reflecting on the meaning of the ritual. In addition to this we need to make effort so that God and only heavenly spirits can be present at the meeting. It is important to be alert for a possible invasion of evil spirits during the ceremony.

When you put your money on a bank, doesn't that give you the right to enter that bank? If somebody steals from you your car and you come by a house and behind a fence you see your car standing. Would you mind the sign that says 'no trespassing?'

Similarly, all that happens in the physical world is supported or stimulated by spirits. And all these spirits have an interest in all the results of that work. So if we do something good and we cooperate with good spirits, the results of our work are claimed by good spirits. But if someone does something evil, there always are evil spirits involved who make claims over the results of these actions.

Question: So from your additional explanation I understand you mean that spirits can make a "connection" with an object. However it is not that evil spirits reside or dwell inside a (stolen) object, just like I heard a claims that evil spirits dwell like minuscule ants inside human beings, right?

Evil spirits can dwell in or attach to people and objects in many ways. There is no simple answer for this as it would need a near-book-long expose to explain all the possibilities. For example, I could say that evil spirits can enter your house with the electrons moving through your internet connection. That would be a true statement, similar to 'ants in human beings,' yet it needs a lot of explanation to understand this.

Evil spirits can dwell in or attach to people and objects in many ways. There is no simple answer for this as it would need a near-book-long expose to explain all the possibilities.

For example, I could say that evil spirits can enter your house with the electrons moving through your internet connection. That would be a true statement, similar to 'ants in human beings,' yet it needs a lot of explanation to understand this.

Question: You wrote: Evil spirits attach to all that's stolen." To what degree does an attitude of forgive & forget on behalf of the victim versus the thief change something about the spiritual status of the stolen object and the spiritual consequences for the thief?

I imagine that 'Satan' would be waiting for such kind of forgiveness. Now he can freely use the things he stole and doesn't even need to face consequences. The point is that all people, angels and things must come back under God. When people 'make money,' from an original viewpoint they should be re-creating something under God, with God and from God's love. This is how originally all that is in the hands of man can be under God and God's love. To man is given the dominion over creation, which means that we must ensure that God's love is in all we do and make.

We can forgive those who stole but that by itself doesn't make them good. They still have to learn how to be living in God's love, need to learn to bring God's love in all they do. There are several stages in the process of repentance and forgiveness and restoration. Forgiveness is necessary but nevertheless only a part of a long and difficult process of bringing back the world under God.

Question: I am still hoping that this condition of forgiving and forgetting after being unrighteously attacked by evil creates a condition for the heavenly side to claim something (bigger) back from the evil side.

Would our loving God and Parents not be the one more loving and wanting to forget than any of us, who are God's creations and whose love can only grow in good mutual giving back and forth with God? Did God's ages-long desire to forgive and forget make this world good?

Now if we forgive and forget, is that the only principle that makes a better world? If you have a friend who betrayed you, and you forgive and forget, that is going to be a powerful force of love for that friend, but will it solely by itself guarantee a good result? Is it not so that much more is needed for real and complete restoration to take place?

For example, will that friend not have to come in a similar situation again to overcome his desire that made him betray the first time? That also is taught in the Divine Principle. Suppose someone stole and raped your wife many times and made her very evil. Now you forgive the one who did it and you even get back your wife and you also forgive her. Are all problems now solved? You get back dominion but there's still a lot of work to be done after that.

Question: Please explain the universal satanic mechanisms in one easy to understand sentence.

Retrieved from "https://eagle-rock.org/w/index.php?title=Internal_and_spiritual_aspects_of_sacred_ceremonies&oldid=8213"
Categories:
This page was last edited on 19 March 2012, at 07:12.
Privacy policy
About eagle-rock.org
Disclaimers