Fields of life to be incorporated into economic thought 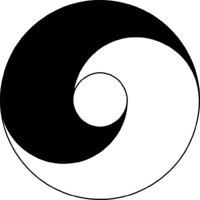 This page is part of an ERW course, Principles of economic restoration.
By John Eagles, March 5, 2009

All the things that we own or use or produce are made from what the Creator has given us. To own and produce, to deal with and to exchange the things of creation is what in the world is called 'economy.' Because we were put in a world that was given to use by the Creator, it is impossible to set up a fair and just economy without considering our own relationship to God and the meaning of things in relationship to God. Our awareness of being children of God is needed to enable us to set up a good economy, whether this is on a micro level of a home-based economy, or on the macro level of global economic matters.

All things in the universe are made as a harmonic relationship between what is positive and negative (as in electrical charges), or between masculine and feminine characteristics. Harmony of form and content is what brings about beauty and joy for the user and onlooker. When we produce things we can enhance excitement of life by considering these yin and yang aspects or we could ignore them and build a meager and meaningless world.

I believe that the field of economics should incorporate clear thoughts about the religious, spiritual and harmonious aspects of all things that are used, owned, produced or traded.

Retrieved from "https://eagle-rock.org/w/index.php?title=Fields_of_life_to_be_incorporated_into_economic_thought&oldid=14427"
Category:
This page was last edited on 29 May 2019, at 09:58.
Privacy policy
About eagle-rock.org
Disclaimers